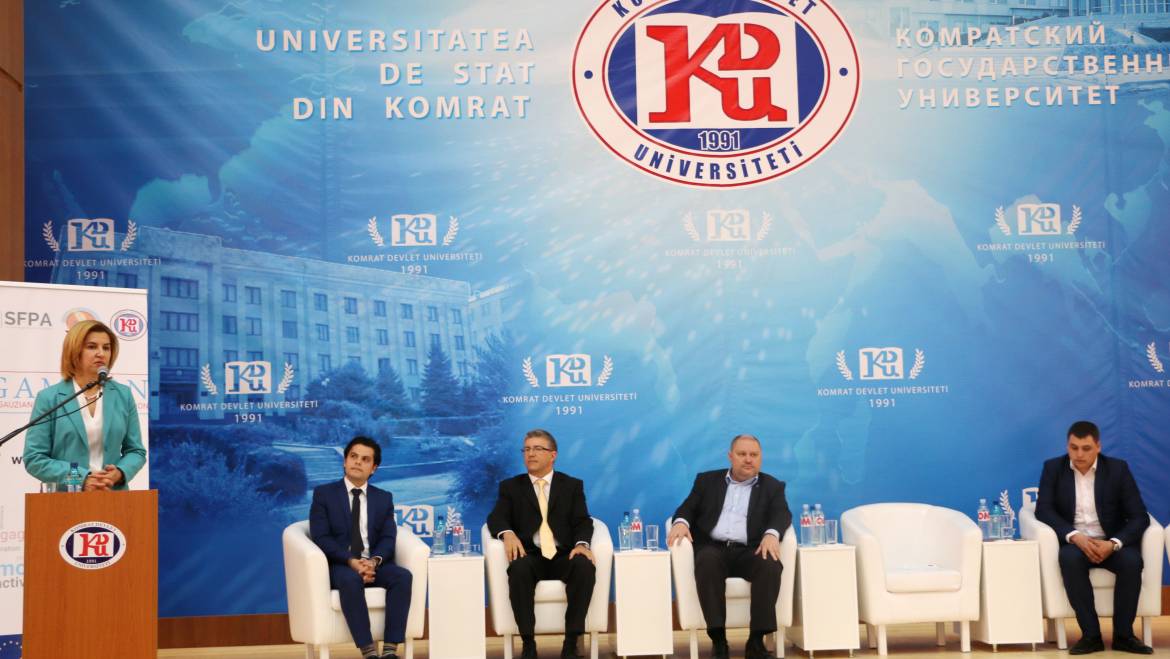 REPORT Plenary sessionOn April 7, 2017, the Slovak Foreign Policy Association in cooperation with its implementing partners, Youth of Gagauzia and Comrat State University, will organize the opening Plenary Session of the Gagauzian Modernization Convention [GaMCon] project. The session will take place in the Assembly Hall of the Comrat State University.

The goal of the event is two-fold. Firstly, it is the official opening of the cross-sectoral permanent dialogue platform among stakeholders from various segments of society, which will serve as the institutional umbrella for public debate within the four selected sectors: Regional Development, Social Infrastructure, Youth and Sport, as well as Education and Culture. The presentations will be given on why the aforementioned sectors have been selected, what will the future work of the platform look like and what results are expected. Secondly, the other two pillars of the GaMCon project will be presented as well.

The project is implemented with the financial assistance from European Union.

Overall objective of the project is to contribute to increased participation of civil society in public policy formulation and implementation, while focusing to increase confidence building measures between ATU Gagauzia and central government of Republic of Moldova, and promoting synergies between the public and private sectors in order to enhance their abilities to meet consensus and thus mutual progress. Specific objective is to establish a permanent, coherent and thematically structured debate forum between public institutions and civil society, primary but not only at ATU level as well as to build capacities of young leaders in order to involve them into decision making process of regional government and support of Gagauzian civil society in general.