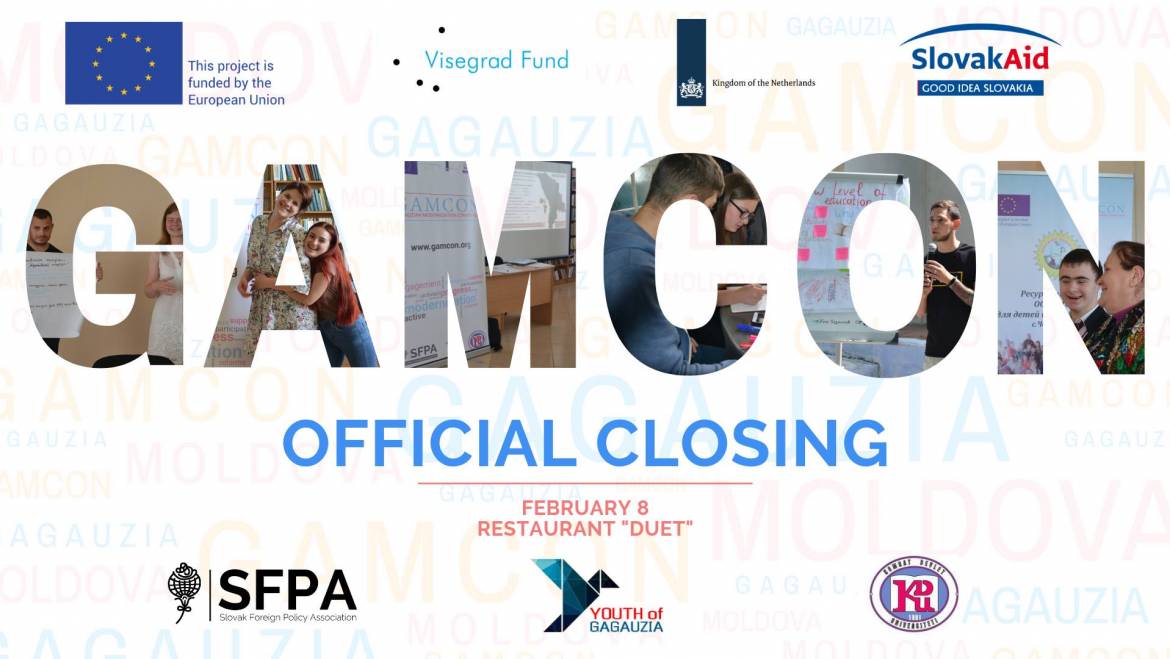 The event marks the successful finalization of the “Gagauzian Modernization Convention (GaMCon)” Project. Additionally, this conference will serve as an opportunity to review the key achievements and challenges met during the implementation process and help identify the key future prospects and needs concerning the Gagauzian modernization process.

Overall objective of the project is to contribute to increased participation of civil society in public policy formulation and implementation, while focusing to increase confidence building measures between ATU Gagauzia and central government of Republic of Moldova, and promoting synergies between the public and private sectors in order to enhance their abilities to meet consensus and thus mutual progress. Specific objective is to establish a permanent, coherent and thematically structured debate forum between public institutions and civil society, primary but not only at ATU level as well as to build capacities of young leaders in order to involve them into decision making process of regional government and support of Gagauzian civil society in general.